Can Identical Twins Be Male and Female?

Can identical twins be male and female?

Twins of different genders are universally accepted as a sound basis for a clinical determination that boy and girl twins are not identical. However, in extremely rare cases, boy and girl twins can stem from the same fertilized egg.

Twins, who stem from the same fertilized egg, are called monozygotic twins. Washington State Twin Registry stresses that it’s an extremely rare event as only a handful of cases have been reported in the medical literature.

Inaccurate copying of the sex chromosomes in male twins, that began as monozygotic twins, have resulted in a few cases of male/female twin pairs.

A third twin type, called sesquizygotic twins, has been discovered. 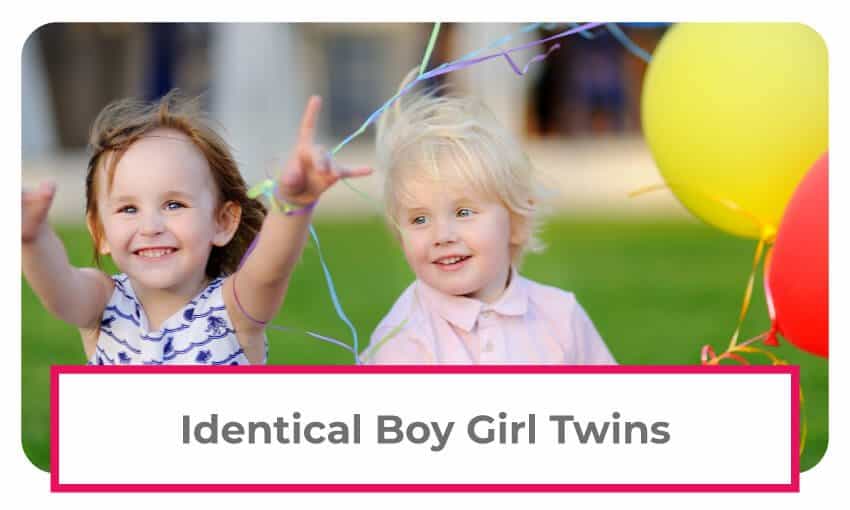 Three examples that could result in male/female twins:

How are identical twins formed?

A woman ovulates and releases one egg. The egg is fertilized by a sperm cell. The egg splits into two within a few days after fertilization.

The two eggs are developing rapidly into two embryos that have the same chromosomes and genes. This type of twin pregnancy is called monozygotic. 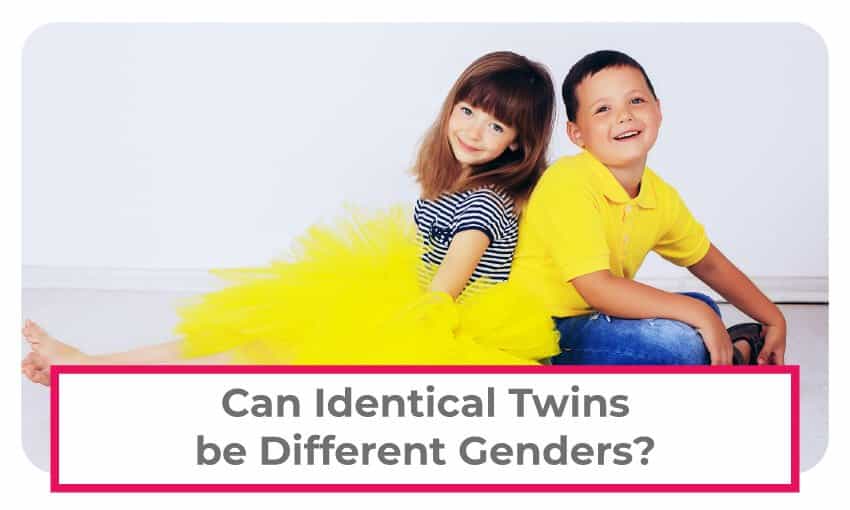 It relates to whether or not the twins share a placenta and sacs (also called membranes). Identical twin pregnancies with separate sacs and placentas are called dichorionic-diamniotic.

Identical twin pregnancies with a shared placenta and a shared outer sac – but separate inner sacs – are called monochorionic-diamniotic.

Monochorionic-monoamniotic is identical twins who share the placenta and both sacs. Mo-mo twin pregnancies are extremely rare.

Although identical twins share the same genetic characteristics, they are not necessarily exactly alike. Environmental differences in the womb – and when the twins are growing up – can affect the way they look.

How are semi-identical twins formed?

A woman ovulates and releases one egg. Two sperm cells from two different men enter the same egg and fertilize it. The three sets of chromosomes (as opposed to the usual two) are split into two separate cell sets.

They share the same genetic material from their mother. This type of twin pregnancy is called sesquizygotic.

They won’t look as alike as identical twins, but they may have more similarities than some fraternal twin pairs.

How are fraternal twins formed?

A woman ovulates and releases two eggs. The eggs are then fertilized by two different sperm cells (from the same man). This will make the twins share about 50 percent of their DNA.

In very rare cases the eggs can be fertilized by sperm from different men as well. That’s called heteropaternal superfecundation. Genetically that would make the twins half-siblings, and they would share around 25 percent of their DNA.

In both scenarios, the twins would be fraternal twins. That type of twin pregnancy is called dizygotic. What are fraternal twin pregnancies called?

Fraternal twin pregnancies are always dichorionic-diamniotic (di-di). Fraternal twins have their own separate placentas and sacs.

From a genetic perspective, fraternal twins are like ordinary siblings with the exception that they have shared the womb and are born at the same time. “Ordinary” siblings share around 50 percent of their DNA, similar to fraternal twins.

We hope we’ve answered your questions about whether or not identical twins can be male and female. Please leave a reply to this article if you have more questions about monozygotic twins with different genders. 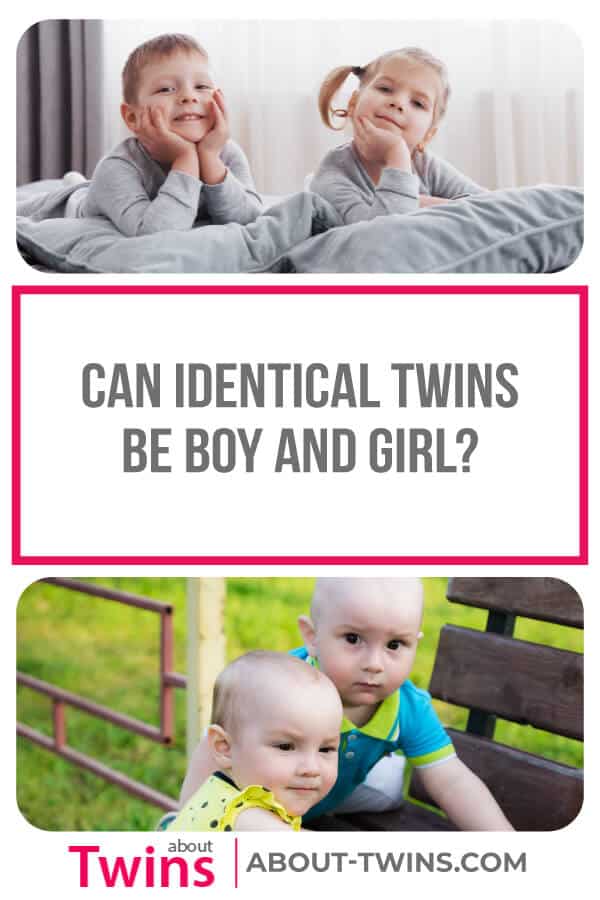 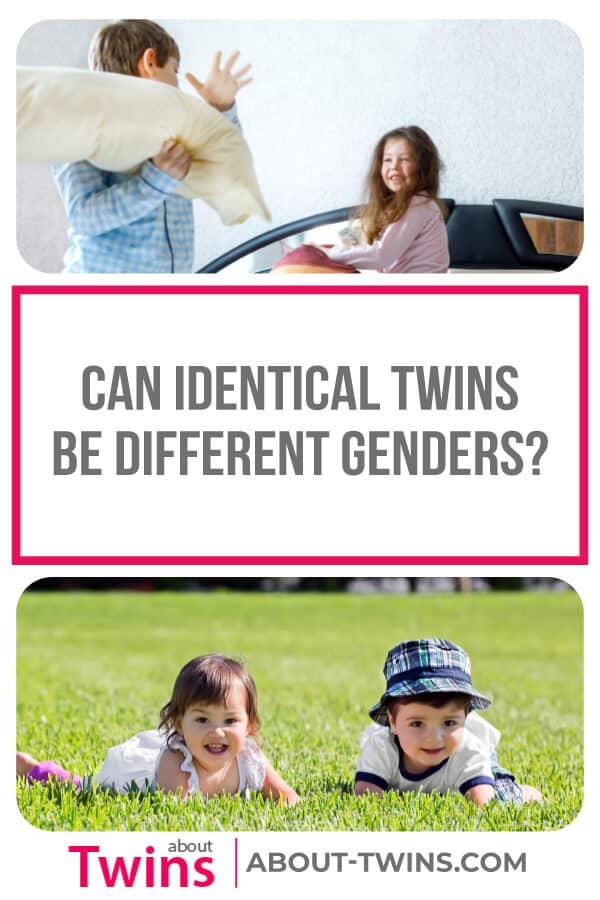